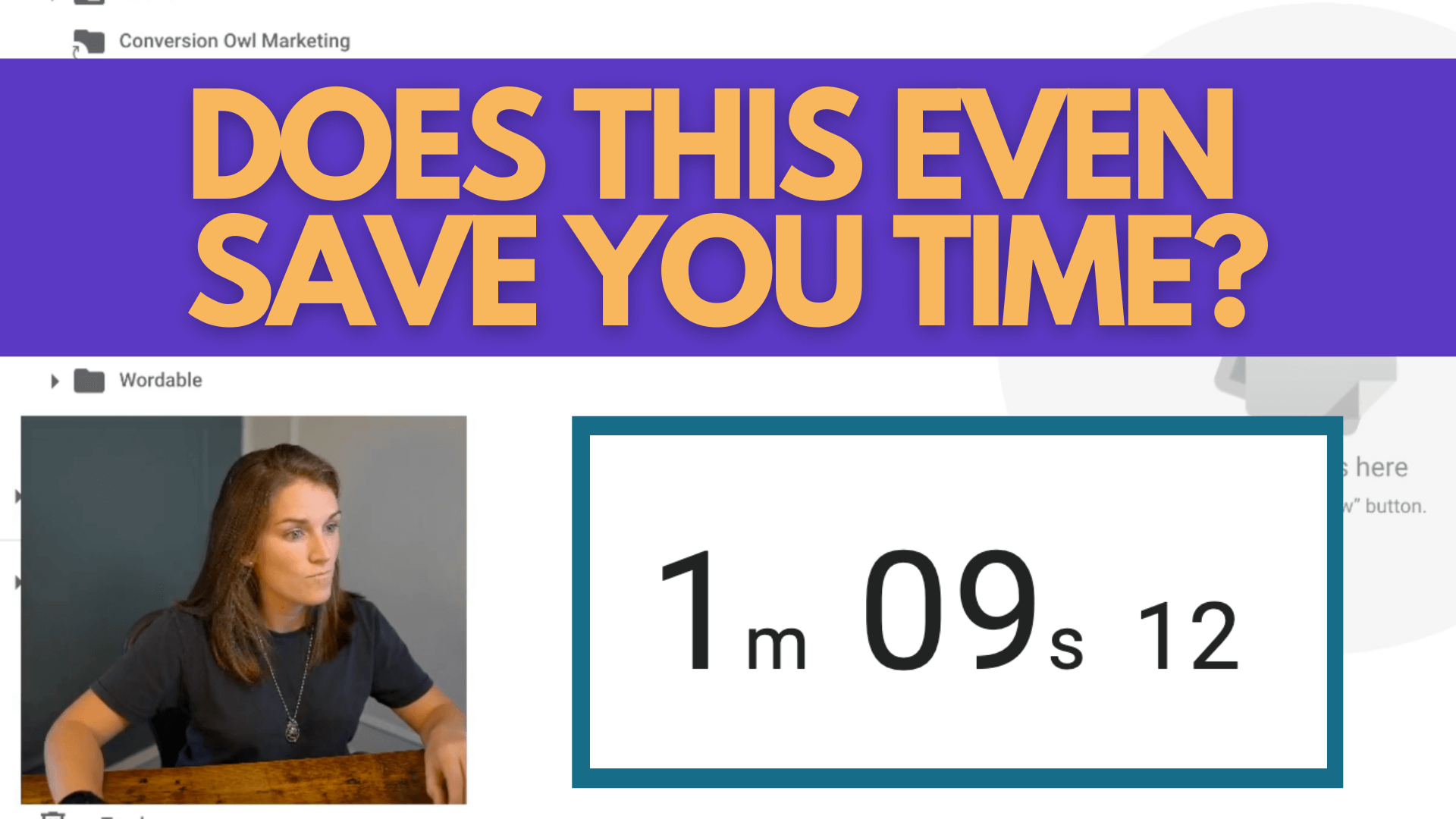 I love being able to automate little pieces of my business so I don’t have to do boring and repetitive tasks.

If you’re like me, you use Google Drive a lot to create files for clients, or monthly reports, financial statements, etc. 2 minutes here, 10 minutes there, and it starts to add up.

So let’s automate that, shall we?

I’ve spent quite a long time playing around with a fantastic tool called Zapier, which essentially allows you to connect apps together. There are hundreds of apps that you can connect to one another, but I want to open you up to the world of automated folders.

With Zapier, we have to create what’s called a Trigger for something to happen.

This can be anything from a customer paying an invoice, when a contract is signed, and you can even have folders created when another folder is created. SO meta 🙂

In this example, I’m going to show you how to create a new Client folder after closing a deal in Pipedrive, which is the CRM I use.

Once you log into your account, you’ll want to create a new Zap. You can do this using the create zap button, or by using their zap suggestions.

Step 2: Choose as the Trigger

Choose from the drop-down menu to select it as a trigger.

You’ll need to link your account so Zapier can pull data from there to create these folders.

In this case, we’re going to choose “Updated Deal Stage” because I want this to happen when people are moved from any of the other stages into the final one, called “Negotiations Started”. This essentially means they are coming on as a client, so we need to create the Google Drive folders for them.

This is where we’ll choose that final stage of “Negotiations Started” as the trigger that will tell Zapier to create the folders for us.

Zapier tests each step along the way to make sure you don’t get to the end of creating a Zap, and have something fail in the middle. Otherwise, you’d have to retrace your steps and go back to fix it.

Note: If Zapier can’t find a deal, it’s because you have no deals that have been moved to that stage yet. So head into and change the stage of a deal to the one you’re using as a trigger.

Once the trigger is set up, you’ll need to select Google Drive as the Action, and “Create Folder” as the action event.

Then you’ll choose the Google Drive account you want to use for this one.

Next, you’ll have to choose the Google Drive account you’ll be using. This is where the folder will be placed once created.

After that, you’ll need to set up the action and choose which Drive, parent folder, and folder name you want to use.

The parent folder is where the new folder will be created. For my example, it’s Hustle to Startup. If you are trying to use a folder that is a few levels deep, select each next folder, then go back in and it will load folders within the selected folder.

Zapier will then test the action to make sure the folders you selected were the correct ones. If it fails, it will tell you why it’s not working and what you need to update.

Sometimes, this happens because the Google Drive account is no longer connected properly, or you pasted the wrong folder ID in there.

Each week I send out the best tips and hacks to help you grow your business and get paid to do the work you love.

As an Amazon Associate, I earn from qualifying purchases.

©2022 Hustle to Startup. All Rights Reserved.