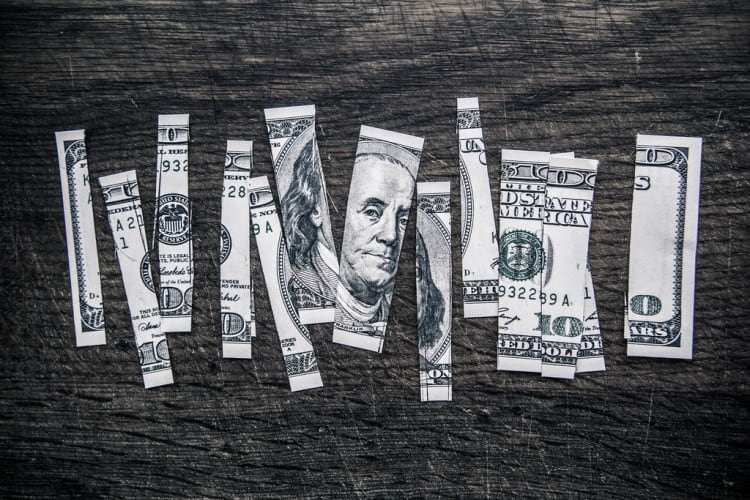 After taking part in the Road to Financial Wellness with Jason and the Phroogal team last week, something occurred to me – I haven’t talked much about the importance of being open when talking about personal finance.

What does being open about money mean? Well, I’m not encouraging you to complain to friends all of the time that you’re broke.

I’m also not telling you to go around telling everyone in your office how much you make per hour (apparently management looks down on that….hmmmm….).

But the question gets a little hazy from there. What is okay to talk about with friends and family, and what isn’t….and more importantly – why??

Why are we so secretive about our well-being or struggles with money? What’s keeping us from conversing with others about that area of our lives?

I think there are a few reasons that might explain this phenomenon.

Maybe we don’t want to be judged or make someone else feel judged, so we just keep quiet about it.

Or maybe this is similar to what someone once told me about telling people you have cancer. As soon as they find out you’re sick, your whole relationship with that person changes.

People start feeling bad for you, and act differently around you. They stop talking when you enter the room, and try to avoid “normal” topics that you can’t partake in.

Sounds like there are some parallels between that to being broke.

I’m not saying that being broke is anything remotely close to having cancer, I’m simply comparing the stigmas around the two topics.

Generally, people are afraid of saying the wrong thing around someone who has just been diagnosed with cancer. The same goes for someone going through depression or mental illness.

What do we say? We get awkward and weird, and try to avoid a lot of topics that would naturally come up in conversation.

A similar thing happens when you know a friend is broke or going through really hard times – there are plenty of topics to avoid there as well. Especially those that involve the fun vacations you all have planned, or the night out you enjoyed over the weekend.

Sometimes, we try so hard not to offend people that we often do it anyway.

Maybe some of us don’t want to talk about money because we will have to make sure all of the lies we’ve told ourselves stay consistent.

Your new coworker Jimmy saw you leaving the parking lot in your brand new SUV. “Wow!” he thinks, “she makes as much as I do and can afford that nice car? I have to find out her secret!”

The next day he comes in and asks how you structure your budget to be able to buy that car. Will you be able to show him the secret? Or is the secret that you really can’t afford the car, are struggling to make payments, and are too ashamed to admit to yourself that you’ve made a mistake?

Have you convinced yourself of so many things that you aren’t sure what is real or what is a lie anymore?

I recently did this a few years back when I bought my car.

I found a model I liked, drove around and looked at a grand total of 3 of them. I settled on the third.

Was it perfect? Not even close.

Did I know it was going to be reliable and all of the parts were there? Nope.

I just told myself that I couldn’t afford the car I had at the time (Jeep Grand Cherokee) because the gas mileage was too awful for a one-way 36-mile commute each day. So I went for the car with better gas mileage, even though I could see a few red flags. I purposely ignored them so I could just have the car I wanted.

Even to this day I cringe when people tell me I got ripped off. Shouldn’t I be mad that I got ripped off – wasn’t it my fault for not doing my due diligence? Yes, but at the same time someone sold me that car too.

Instead of talking openly about it I’d sit there angry that the person could question my judgment and imply that I made a mistake.

This my friends, is self-deception and denial at it’s finest.

3. Tradition (It’s Just Not Something You Do)

Mom always said, the three things you never talk about are politics, religion and money.

Except, nowadays people talk openly about politics and their disapproval of the president, or how much the new healthcare plan will save the world. They talk about what church they go to, what they believe in and why. Sometimes it does get ugly.

But personal finance? Most people run from the subject.

Money is so rarely talked about these days in person. And if it is brought up, there is generally a half-hearted joke attached. “Yea, I can’t really afford my cell phone bill this month, but this watch was half price! I had to get it! 😉 “

A lot of bloggers do a great job of opening up the conversation, but it’s still not something you talk about with family and friends (unless you’re a personal finance blogger 🙂

Sometimes we’ll casually chat about how expensive college is these days, but we barely come out and say, “yea, I’m one of those people with $80k of student loan debt.” Why is that?

We know that about 70% of students graduate college with an average of $30k in student debt. We know that the average US household has approximately $7,000 in credit card debt – and that’s including those families who have no debt!

These stats are out there in the public, but most of the time we choose to pretend they don’t exist.

Would anything change if we did talk about money? Well, you could be friends with the most savvy businessman in town who knows just what your situation needs – but he will never get the opportunity to help because he doesn’t know what you’re going through.

Maybe you had lunch with the woman who had the secret to saving $500 on the car repairs you are having done.

In our effort to be polite, we end up losing so much knowledge that could have been passed along.

I’m not saying that we need to spill the beans with every single person we meet. But maybe by us being honest and open, we can help each other live a better life.

What do you think? – Why do most people keep quiet about money?

8 thoughts on “3 Reasons We Don’t Talk About Money”

Each week I send out the best tips and hacks to help you grow your business and get paid to do the work you love.

As an Amazon Associate, I earn from qualifying purchases.

©2022 Hustle to Startup. All Rights Reserved.