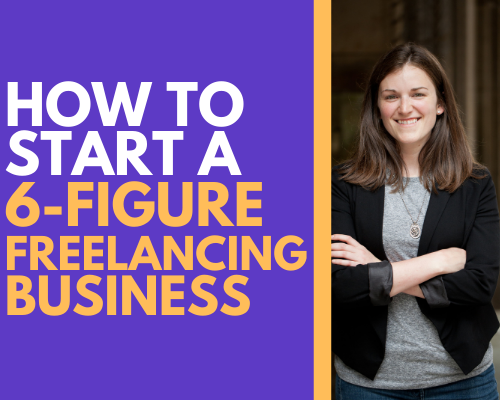 How to Build a 6-Figure
Freelancing Business [FREE Course]

By entering your email address you agree to receive emails from Hustle to Startup. We'll respect your privacy and you can unsubscribe at any time.

I Sold My Car…Now What? – Living Without a Car

I’ve known since the day I bought my car that it probably wasn’t the best of ideas. It was an older Honda Civic, I had no one with me when I bought it, and even though I had so many questions about it, I asked barely any.

I tried my hardest to do the right thing and shop around, etc. but after all was said and done, I got impatient and bought the damn thing.

That was in 2013, and ever since that day, I’ve been too stubborn to admit that I had made a mistake when I signed the papers.

I Bought a Piece of Crap Car

I’ve been having car trouble for a while now. One day my car overheated on the highway and needed to be towed to a repair shop. Apparently, it needed a new radiator, hoses, etc. – $600.

Then it overheated again, but not as bad. This time it needed a new water pump and timing belt – $650.

Two days after getting that fixed, I was driving down the road and it started shaking violently while I was driving.

That moment in time was it for me.

I had been thinking about getting rid of my car for a while now but was too scared to pull the trigger.

Now was the time. Life was telling me that this piece of crap was coming to the end of its life, and it was okay to get rid of it.

Instead of gambling with the final cost of labor being anywhere between $850 and $2,000, I decided to sell it and be done with the situation.

How Much Money I Saved By Selling My Car

Being a personal finance lover, I just had to calculate the numbers and see what I could be saving.

Here is what I was spending each month on my car:

Then subtract $130 for the monthly train pass I will now be buying.

Without a car, I will be saving $467 a month! (I wish I had done that calculation earlier!)

This definitely helped me make the decision to sell it. That was a ton of money I could be saving or putting towards my debt!

Could I have gotten it fixed and sold it for more? Probably. But that would have meant me having to actually deal with waiting until it was fixed, and finding a buyer who wanted a hail-damaged car (yes, this car was a nightmare for me) – all the while paying the bills for it each month.

I’m not a fan of unpredictability in my ripe old age of 27. I was not going to sit there and play the waiting game.

So, I took the $1,000 I had in my emergency savings, coupled with the money I had in my “car insurance” fund (which I will no longer need) and paid off my car. I was then able to sell it to the mechanic (this still seems shady to me, but it was a family friend and I was desperate) and get a bit of money back. I sold it for slightly more than I owed on it and that was that.

I Officially Own No Car

I am now a loyal public transportation-taker….and Uber/Lyft rider!

Will it take me longer to get home from work? Yes. But I’m okay with that. Now I can actually get work done on the train – or read books on my commute home – I love being a nerd! 🙂

Do I sort of feel like I’m also helping the environment? I do.

I’m also reducing my risk of getting in a car crash or sliding off the road in bad weather.

Yes, train accidents happen, I get it. But I car crashes happen way more often so I’m taking my chances.

How Did This Change my Overall Plan?

Well, I paid off my car in the process because I had to in order to get the title to sell it. That means I will have one less item on my debt report.

I will also (in theory) have an extra $467 a month to build back up my savings account, and set some more money aside just in case I do end up loathing the train life a few months down the road. Once that is done, I can really start hammering away at my debt.

I’m actually really excited about this change (if you couldn’t tell). I have finally found an excuse to ditch that beater and be freed of car payments and repair bills. WOOHOO!

I expect to be hearing a lot of this during my “transition time.”

I’ve already heard it quite a bit and haven’t even told that many people.

“What if you need to go somewhere?”

Well, there’s the train, the bus, the subway, rental cars, zip car, and bicycles. I think I’m good. If all else fails, I’ll call you to come and get me! 🙂

“Don’t you feel naked?” I’ll be honest, I do have a few weird feelings I’ll have to get over. It’s like breaking any habit. Not having that place where you can go and just ride around alone will be different.

“I could never get rid of my car!” That’s ultimately your decision, but I’m pretty sure if you live in the city like I do, there’s a very strong likelihood that – yes, you could do it.

Why I’m Excited About Being Carless

After all is said and done, I call this the $8,600 learning curve of life. I will definitely start examining the rest of my life, and asking myself more often “are you too proud to give it up?” Because in this case, I totally was.

Have you ever thought about selling your car?

Chenell Tull helps course creators with paid traffic campaigns. She quit her day job in June of 2017 and has been learning the wild world of entrepreneurship ever since. She's sharing what she's learned while building her own business from side hustle to full-time, and the software and marketing tools she can't live without.

Get The FREE Course:
From Side Hustle To 6-Figures With Freelancing

By entering your email address you agree to receive emails from Hustle to Startup. We'll respect your privacy and you can unsubscribe at any time.